Some things in life you never forget:
Top on that list would be riding a bike, as in the cliché.

A close second would be driving a stick shift.

It’s been almost 10 years since I last drove a “manual drive” vehicle, but I was pleasantly surprised … without missing a beat … as if it were yesterday … to hop in a manual drive car and have it all come back instinctively.

And it’s much more fun than an automatic.

But here’s the catch:

In Belgium “manual drive” is an absolute necessity. 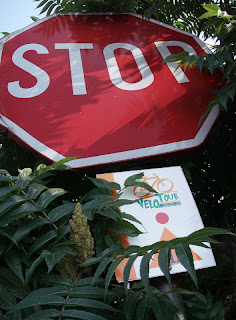 It being the first time I drove a car in Belgium, I was flabbergasted to find that in traveling from point A to point B, I quite literally never stopped: rather, it was a car in constant motion … shifting up, shifting down, then up, and back down … and a driver (me) in a state of heightened awareness.

The reason for this, and in stark contrast to driving in Florida, or anywhere else in America for that matter, is the alarming absence of stop signs.

Instead they have the “rule of the right.”

It gives the “right of way” at intersections to the road that enters on right, no matter how small … or hidden from view.

And where many roads converge, “rotaries” are the rule … stop lights the exception.

Every time I passed a church, usually while rounding a rotary, and in constant vigilance for hidden roads on the right, I thought to myself:

“Surely the footwork on the church organ pedals couldn’t be any more complicated than the toe tapping I was doing on the clutch, break, and accelerator.”

And each time I arrived at point B, it gave me pause for thought:

“Next time, maybe I should opt for the bike instead.”

After all, it’s top on the list of “things you never forget” …
Plus, it gives me more time to “stop” to soak in the scenery.

You won’t find any “signs” for that either.