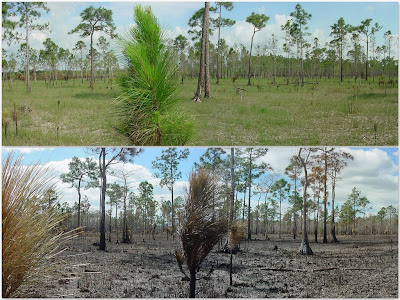 I’m a metaphorical thinker, and thus at times find myself succumbing to the generic cliché, the most obvious of which here in south Florida, hydrologically speaking, are wet season and dry season comparisons. They are mind numbingly predictable – one’s wet, the other dry; It’s the equivalent of comparing vistas of winter to summer up north. 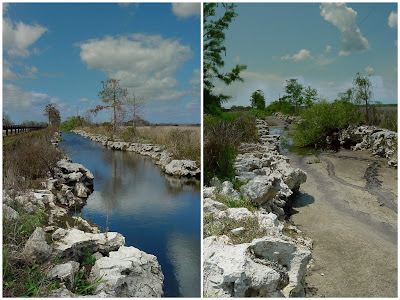 That’s what has me thinking about the more subtle dry season (February) to dry season (April) comparisons, and the (this) May to (last) May comparisons. 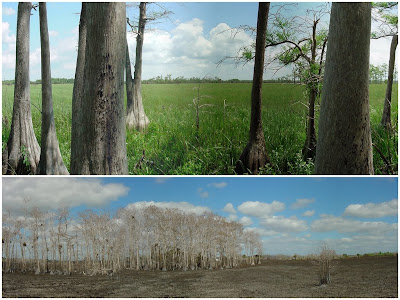 It surprises me what I see in those photos side to side that I didn’t quite see at the time I snapped each one. 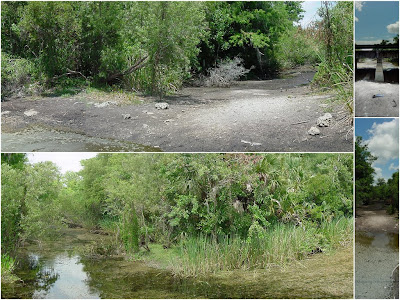 Photo descriptions: (1) Pinelands along Tamiami Trail days after a prescribed burn in February and 3 months later in April. (2) Tamiami Canal 4 months into dry season (February) and 6 months into the dry season (April). (3) Views of same cypress dome days after a February prescribed burn and 3 months later in April. (4) Turner River this May (3 dry photos) in comparison to May of last year (when it was still wet).