Here’s a short video clip of that flowing well.

I was surprised to see its liquid arc
to have ebbed since I photographed it last
in October 2008. 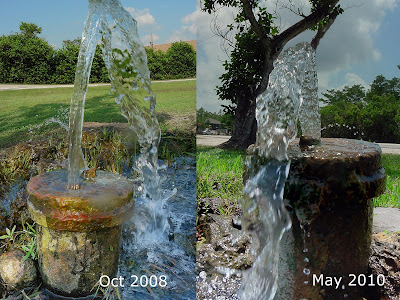 I wrote that off at first as the disparity
between wet and dry seasons:

Wetland water levels just upstream across the levee were almost 2 feet higher then than now.

And will remain so until the start of July:

It’s currently holding back 1.5 feet of water behind its gates (even if, to the side, there’s at least one “known trickle” of water percolating its way through the limrock levee).

How much any of that matters I’m really not sure.

You see, the water from the well is not of Everglades origin,

But rather on slow-motion train from somewhere up towards central Florida instead. 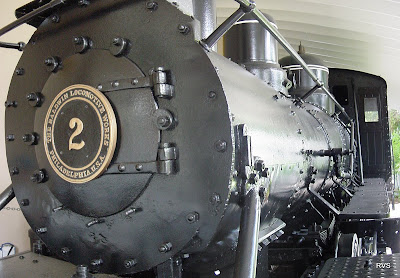 As far down as the well is,

(Just not as quick as it was).