And a very warm one at that – upwards of 80 degrees.

Confused, but not certain, I found myself asking: 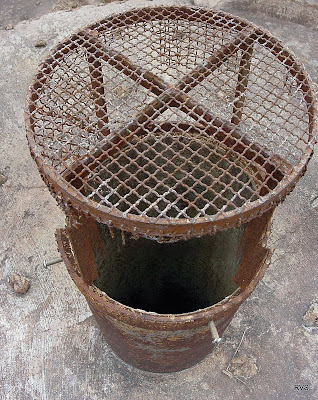 A colleague (and long time Floridian) set me straight:

“I’m not sure that’s a natural spring,” he explained, adding that it could be “’well fed’ — most likely an artesian hole left behind by oil drillers.” 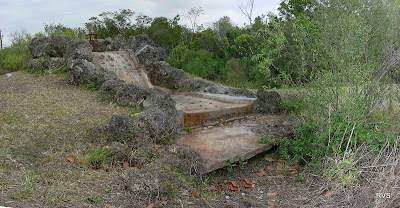 Weeks later I ran across a dry fountain head in a lazy corner of the Everglades called Chekika.

An attendant handed me a brochure on it:

A wildcatter had drilled a deep well in the 1940s in search of oil, but struck a pool of warm brackish water instead which, to his surprise, sprung to the surface six feet high …

He turned his “watery bonanza” into a recreational water hole and therapeutic retreat – touting the medicinal properties of its warmth and high mineral content – for nearby Miami.

Decades later they plugged the well over concerns that its high sulfur content was polluting Miami’s “sole source” drinking water supply instead:

Nearby that now-defunct well was a water fountain of similar appearance.

Pushing its button for a drink, it came up dry. 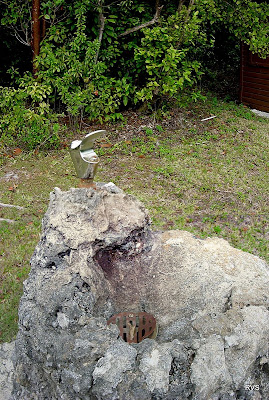 Fortunately there was a modern water fountain next to it that did work.

I couldn’t detect any sulfur,
But after one gulp the after taste hit: