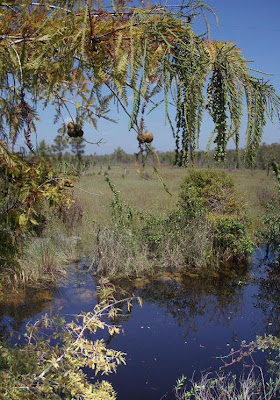 We know it’s officially fall in the Big Cypress when the cypress needles have finally fallen to the ground.

That hasn’t happened yet … at least in most places, but it will soon enough.

No, we don’t get the rich change of colors that cascades down the deciduous forests of the northeast. But the drop of the cypress needles does come with a visual treat all its own:

You can finally differentiate the domes and strands of cypress from the surrounding pinelands and hammocks that stay green. 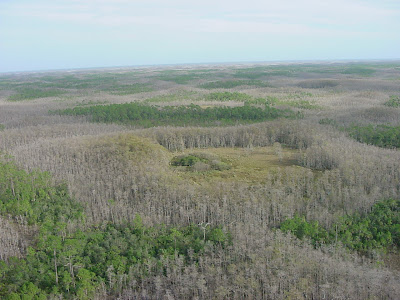 The top photo was taken last week along the Tamiami Trail near Gannet Strand, not too far from Big Cypress National Preserve’s Oasis visitor center.

The bottom photo was taken from a helicopter, half way between Alligator Alley and Tamiami Trail, in December 2006.