Hydrologists aren’t born, they are bred.

And there’s a lots of educational training that goes into becoming one.

My father used to continually remind me that there was a difference between “book smarts” (as he called it) and “street smarts.” (I heard both those terms a lot.)

While he was forever vigilant of what grades I was scoring – in the end, it didn’t really matter how high I scored in my father’s not-easily-budged opinion – for he would continually point my attention toward some unreachable horizon on whose distant shores could be found the grail I was in most desperate need: “common sense.”

And I can’t say he was altogether wrong. 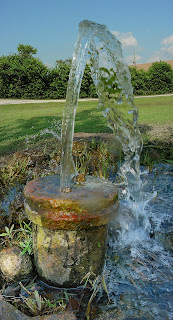 But as a burgeoning hydrologist, I had just enough “common sense” or “street smarts” (or whatever it is you want to call it) not to waste my time chasing the adolescent grail of proving his father otherwise.

Quite simply, there was a “fountain of youth” to be found …

.
And I knew that lay somewhere down in Florida.
.
.
But what about being “brook” smart and “stream” smart?

The only way to get either is with heaping helpings of both hitting the books and splashing in the water.

(But never jump into a river with a book in hand:
That’s just common sense! – It will damage the book.)

And splashing in the water is not playing, either!
You can’t be a hydrologist without getting your feet wet. 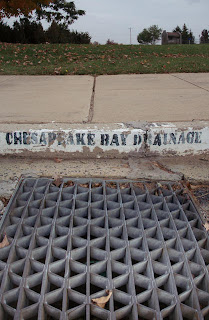 But don’t we all channel our “inner hydrologist” at various times in our lives – and not just professional-grade hydrologists.

What’s the first thing you say to an old friend you run into on the street?

Probably something along the lines of … “Funny weather, ain’t it” … or the fool proof “weather’s been funny” … or the more standard “this weather is funny stuff, isn’t it?”
.

.
That’s our inner hydrologist speaking, or trying to speak.

And we all have one,

Just like we all have common sense.
(It’s not a holy grail after all.) 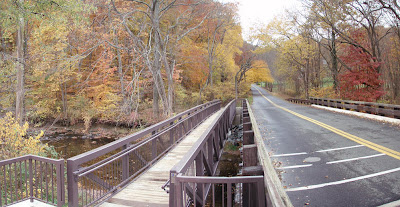 Who hasn’t driven on a “street” that leads to a bridge under which a lot of water has passed, or watched the rain hit the “street pavement” and flow down into the gutter below.

We all know where that water goes.

That’s right,
If you live in the Chesapeake watershed,
It’s on its way to the bay.

Now that’s what I call “street smarts,” or “common sense,” or whatever it is you want to call it.