You’d think that would mean all the gates are open and flowing. (Especially since flows to the coast this spring have been so high.)

It’s yet to see a single drop. 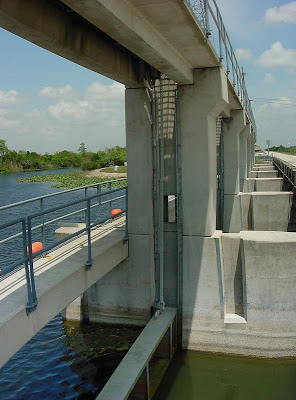 The S12A is a U.S. Army Corps of Engineer structure located along the Tamiami Trail, right at the transition where the endless open plain of the Everglades gives way to the looming shadows of the Big Cypress Swamp. The S12A sends water from state land (called Water Conservation Area 3A) straight into Everglades Nat’l Park …

From where a part of it finds its way into Big Cypress Nat’l Preserve. 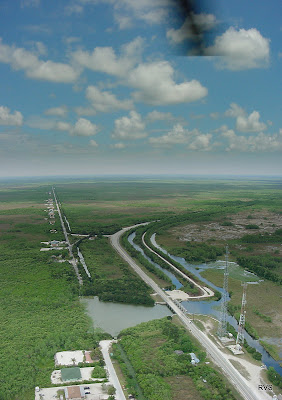 That’s a reversal from the norm:

In fact, the shape and size of the preserve – as carved out by Congress in 1974 – was “cookie cut” in exact alignment with the slice of swampy headwaters that sheetflows its water the Everglades Nat’l Park’s western arm …

And when to open them, by how much and for how long.

The swamp figured that one out by itself a long time ago.

Click HERE to view flows at a major structure near you.