How much did it rain in July?

That’s a relative question. It depends on where you were standing, and even more importantly – how it stacks up compared to previous years.

Even then, it’s more complicated than meets the eye.

Take Southwest Florida, for example, in the Naples/Ft Myers area.

Around 7 inches of rain fell on the basin, or about 2 inches less than the normal July. That follows a similarly dry June, which also fell 2 inches short for the month.

But a just a little upstream along the Caloosahatchee (and especially just to the north), July rains were regular and abundant, in some places pouring down over 12 inches out of the sky.

Coastal hugging portions of Naples and Ft Myers were just the opposite:

They baked in the high summer heat of a shadowless sun for much of the month. (As color coded in red on the “departure from normal” map above.) 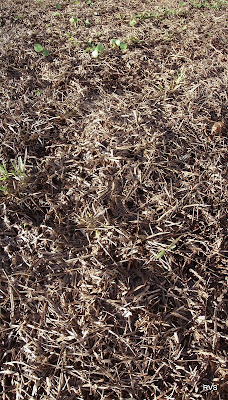 I wasn’t in Florida to see most of July first hand (I was vacationing in Belgium), but one look at my lawn upon our return told me second hand all I needed to know:

The St Augustine carpet of green had dried (and died) on the vine to an unsightly hue of brown.

I had forgotten to turn on my sprinklers before we left!

Who would have thought I needed to?

After all, July in Florida is the wet season during most years … and in most places.

Just not in my yard this year.