It reminded me of home.

Of course they weren’t hills,

Rather just the opposite: 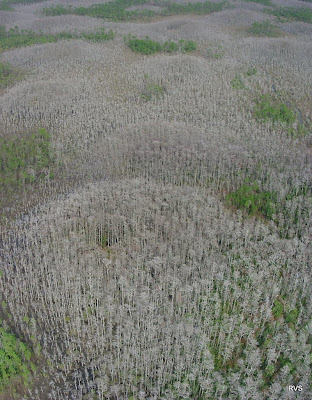 Those holes are better described as “bowls.”

It’s the gradual dip of those bowls
that give the hills their shape.

The cypress stay small around the perimeter lip and progressively rise taller as waters (and peat) deepen towards its middle where the largest cypress stand. Often in the very middle there’s a hole where no cypress grow at all because the water’s too deep.

The hole in the center is filled with craggy branched (and orchid rich) pond apple, marsh, willow or simply open pools. 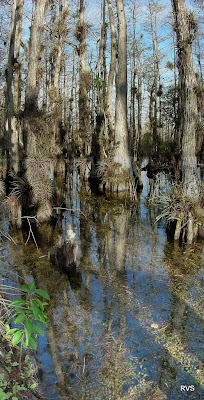 When you make it that far – and look up – for the first time you see why it is these hill-shaped bowls were dubbed as domes rather than holes.

It’s a cathedral-domed ceiling of cypress and sky.

As sad as I was to find out they weren’t hills,