Does all of Florida celebrate New Year the same? 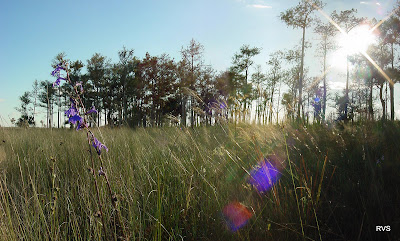 Down here on the peninsula we go by Eastern Standard Time,

That puts us an hour ahead of everyone on the Florida panhandle west of the Apalachicola. They set their clocks to Central Standard Time, just the same as most of Texas (including Dallas).

That explains why – as the wrist watch turns – the sun sets the better part of an hour later in the Big Cypress Swamp (at 5:45 pm EST) than 300 miles to the west on the panhandle in Pensacola (4:58 pm CST ).

Sunset in Pensacola – in terms of true time – comes 13 minutes after the sun touches down on the swamps.

At some point it’s all splitting sawgrass: