At least at first glance.

Ochopee is home of the world’s smallest post office

And really there’s not much of a view …

Now that Brazilian Pepper has boxed it in.

And possibly the most photographed. But why?

But believe it or not, the rather non-descript shack is one of the swamp’s biggest visitor draws, even bigger than Monroe Station before it burned down. I’m often left to wonder why. Maybe its small size makes it easy to photograph, and photograph it people do. By the hundreds. Maybe even more than Naples Pier. Well, maybe not that much. But a lot. Which is all the more perplexing because its a very claustrophobic spot, surrounded by a rather unsightly and impenetrable thicket in back, at an odd bend in the Tamiami Trail in close proximity to tractor trailers rumbling past, and on an uneven gravel parking lot. Yet there they are, tour bus after tour bus unloading passengers to line up one after the other, sometimes in groups, to take a photograph almost as if it were the Statue of Liberty or some other national spot of acclaim. Important detail: It doesn’t even have restrooms!

More about the building: It has a hydrologic pedigree. It was previously a pump house for the farm field in back. When a fire burned down original building to the ground in 1943, the pump house was brought in as a makeshift fix. Eighty years later its still there.

To me it’s one of the great mysteries of the swamp. Other similarly small post offices scattered throughout the swamp were closed down without fan far. Why this one has both withstood the test of time and remained such a popular destination eludes me every time I drive by. Only gators rival the post office for being more photographed. And yes, the cypress trees are jealous! 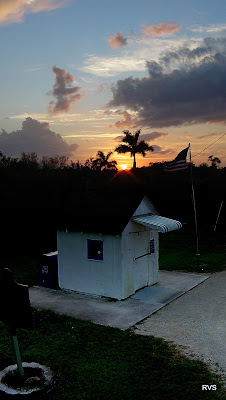 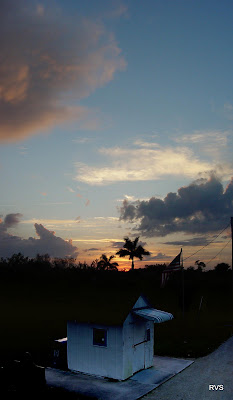 Our goal: To help you feel "at home" and "more connected" to the water.
Our Water Cycle
We didn't so much "reinvent the water cycle" as we gave it a reboot for our modern times.
Our Watersheds

We cover them all!
Easy Trivia

All designed to help us cultivate a conversation with the water

Water is always in vogue (our opinion)