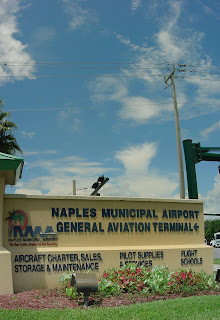 Tallahassee is already getting a taste of fall.

Night-time temperatures plummeted over the course of the past week, dropping all the way down into the low 50s, even the high 40s.

But look at their high temperatures.

That’s still the Florida we know and love: right around in the mid 80s.
.

And that’s not too far off from the day-time highs we are seeing down here in Naples.

It’s the nights that are the big difference.

In Naples – as recorded at our beloved weather station at Naples Municipal Airport – night-time lows are still registering in the low 70s.

But historically, we’re approaching the point of the year – early to mid October – when night-time lows consistently drop into the 60s.

.
And when that happens, the end of the wet season isn’t far behind.

The “Tallahassians” may be gloating now, but the coveted dry season prize is all ours.

Not only does the winter stay milder south of the Lake, it’s also drier (and a lot sunnier). 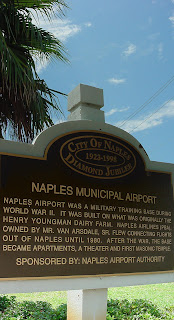 Tallahassee and the rest of north Florida are more consistently affected by the continental fronts sweeping from west to east across the country, both in the form of clouds, cold, and more rain.

Well actually not much snow … but there can be some. I work with a “Tallahassian” who has photographs to prove it!

South Florida gets its fronts to be sure, but the Canadian breeding grounds of cold air really have to huff and puff to reach us.

That happens every now and then, but our winters are best described as “mild,” not “cold.”

Not that we’re complaining.