A few weeks ago I mentioned a decadal trend of rising water in an area of the Everglades known as southern Water Conservation Area 3A.

There’s a fairly large dialog regarding “why.”

Is it caused by operational changes in the gates that release water downstream, increases in inflows from the north, a decadal-long trend of elevated rainfall, or could other system dynamics be in play? 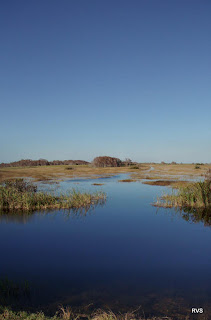 The only way to know for sure is to dig through the data from bottom to top.

Starting at the top with rainfall I can say, yes, it has been rainier over the past two decades in comparison to the two before.

That doesn’t quite get us to the bottom of the mystery,

But you’ve got to start somewhere!