Not to mention wind direction and wave height. 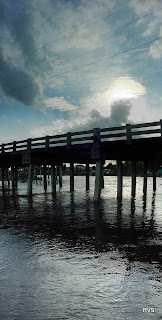 Freshwater flow season in the swamps is drawing to a close just as winter moon tidal flows are moving in fast.

It’s the sun that’s the difference maker though:

In a few weeks it will be 3.5 million miles closer than during the lazy days of summer when – among other things – lazy days were whiled away on the beach … tides as they may.

Our goal: To help you feel "at home" and "more connected" to the water.
Our Water Cycle
We didn't so much "reinvent the water cycle" as we gave it a reboot for our modern times.
Our Watersheds

We cover them all!
Easy Trivia

All designed to help us cultivate a conversation with the water

Water is always in vogue (our opinion)