Before I ever stepped foot in Florida, I was given a report on the hydrology of the Big Cypress Swamp, within which contained a map with arrows whose curvilinear lines pointed the path of a mysterious, shallow, and slow-motion current of a liquid expanse called “sheet flow.”

That was already strange enough for a hydrologist!

I’d studied ground water, river flow, and kettle ponds, and smallish wetlands that you could, “Brett Favre” style, throw a rock over, but a sheet of flowing water?

It sounded pretty ridiculous to me.

Equally strange was the name of a funny little path (or road) that caught my eye:

The person I was replacing reassured me:

“It really is a great place to work as a hydrologist,” he said in nonchalantly, presumably overlooking a window view of the foothills into the Rockies (he had moved to Denver with his family).

“Plus, the commute’s a snap!” he added as a throw in, as if to allay any of my lingering doubts about a swamp I’d be calling “home” but that I had only ever seen in abstract form on a map –

“It’s thirty or forty miles, but you barely see another person the whole way; not a single traffic light either.” 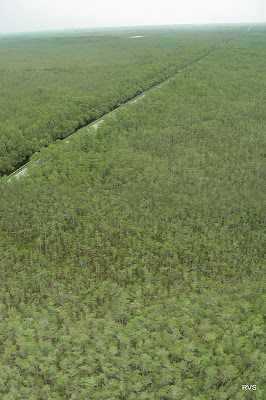 After a brief pause, he went on to describe the road, which only added to my bafflement.

“It’s basically a long levee, so it’s like you’re riding on the top of a dam the whole way – only it’s a real low elevation earthen berm type thing, dug up from the limestone below. You know it’s flat as a flapjack down there.”

Then he broke into a laugh and cautioned:

“Just don’t forget to fill up on gas before you leave town. It’s nothing but swamp and Everglades on either side the whole way.”

I obliged with a few “okays” and “uhuhs,”

But what struck me most was what he said last:

“The thing about the Tamiami Trail is that it’s blocking up the sheet flow. That’s one of the things they’re all working on down there. Everglades restoration is all about finding more water, cleaning it up, and letting it free flow south.” 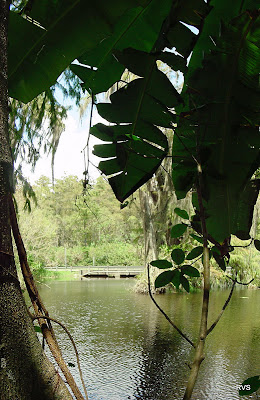 I hung up the phone reassured.

Sheet flow and the Tamiami Trail weren’t any less mysterious, but I felt I’d made a modest stride down the road of understanding the two:

(1) Both were paths, one for water the other for motorists,

(2) The Trail didn’t have any traffic lights and sheet flow too was also meant to flow free, and

(3) The only stoplight holding up sheet flow was the Tamiami Trail, which was more or less gridlocked with restoration planners trying to figure out how to move the water south.