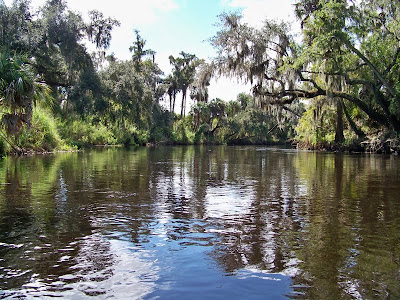 .
It’s easy to get lulled to sleep with the “average” – it even has its own legal coda: the so-called “Law of Average.”
.
But it’s invoked so often in the same line of false reasoning that “buy low, sell high” is whispered through the grape vines of the commons:

It’s easy to say in retrospect, but at that point and time on the horizon line when everybody was saying anything, and everything was being said, who could say what was high, or low, or somewhere in between.
.
Proverbs are so tidy that way!

If life only abided, we’d all have ourselves the proverbial “walk in the cake.”

While I’m in the process of mangling common sayings – and for my own peace of mind – I thought to put the scalpel to the “Law of Averages” and rename it the “Median Decree.”

There’s no better place to look into that than in our very own arcadian backyard: on the Peace River.

.
The first graph reports average weekly flows measured by the US Geological Survey at Arcadia since 2005.
.
It is graphed relative to its 25-year record. .

First, notice how river flow in the Peace, as graphed on log scale, spans a solid 2-3 orders of magnitudes: ranging from 10 cfs to 10,000 cfs over its 25 year record. (Keep in mind its graphed on logarithmic scale.)

Second, notice how the “average” is consistently higher than the “median.” That’s because when peak flows come to town, they blow the roof off the everyday baseflow that we are used to seeing.

You have to admire the median for not being fooled by a couple high flood years.
.
.
I don’t want to beat up on the average too much. It has its role … and that’s in computing annual discharge volumes.

In comparison, the Kissimmee River has already discharged 1 million acre feet into Lake Okeechobee since the start of 2008. That’s 4 times the Peace’s current year total, and about one quarter of the 4 million acre feet the Lake is currently holding.

Funny how things even out?

Call it what you will … 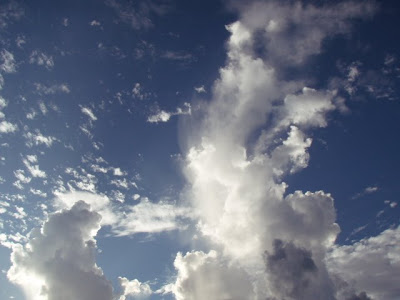 Special thanks to Mike Britt for submitting the scenic photo of the Peace River near Wauchula, Florida at the top. It is truly an arcadian view.