Everyone’s familiar with the age old question:
“What’s worth more – water or gold?”

Gold is priced on the open market at $800 per ounce.

Compare that to 16 ounces of your most expensive water: It’s only $3, or about 20¢ per ounce. (Not to mention you can get the stuff free from the water fountain.)

Or alternatively, convert that same 16 ounces into pounds, which – if you consider me “weighing in” at a full 180 of them – translates into a personal net worth of $2.3 million dollars; that is, only “if” I were worth my weight in gold (… and that’s a big “if)!

By composition I am 60 percent water: or around 108 pounds worth. Now that is truly priceless water, because without it I couldn’t live.

Of course by price-less I don’t mean worthless, as water is anything but.

That applies even to seawater. Just because you can’t drink it doesn’t make it worthless. (On the chance that they did bottle it, however, I wouldn’t buy it! Not even for 1¢.)

But that’s beside the point.

My point is that seawater is priceless in the same way that clean air we breathe is: All the fish in the sea can’t live without it.

Plus, if you really want to get technical, a cubic mile of seawater doesn’t contain just salt – it also contains gold:

If a fish were worth that very same weight in gold, it would be the size of – (hold your hat) – a sperm whale … which by the way isn’t a fish at all.

It isn’t then all that surprising that Captain Ahab (of Herman Melville’s literary classic) was obsessed with catching such a “white whale” on the high (and salt) water seas, if it indeed was worth its weight in gold. 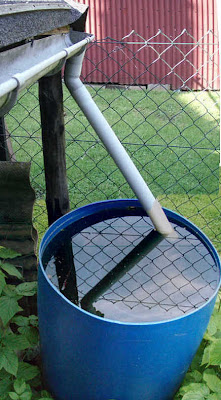 On the high seas of the current global marketplace, gold has held steady – even risen in value – while oil has plunged from $150 to $40 a barrel.

So, to get back to the original question:

Which is worth more – ounces of gold or barrels of oil?

Give me rain barrel of fresh water and we’ll call it even.