I was kicking tires up at a Ford dealership north of Naples when a sales attendant approached.

Knowing that I wasn’t really serious about buying, and not wanting to waste his time (or mine), I jumped him with a question before he could do the same with a sales pitch.

“So what was your first car?” I asked.

He was taken back at first by the inquiry but, after a brief pause, was happy to have a nostalgic moment at hand, to which he answered.

“Was that a Ford make?” I asked dumbfounded, thinking perhaps it to be a discontinued model like the Ford Etsel.

I was still trying to process what he said (was it Jensen or Aston), when he blurted out in clarification – “It’s a British model.” 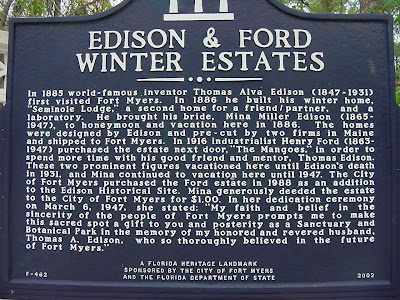 “My first car,” I proudly told him “was a 1974 Ford Elite: black, two doors (each very heavy), 8 cylinders with lots of room under the hood to maneuver. It was a gift from my uncle to my brother and me.”

Then I told him how upon leaving for college my brother’s departing words to me weren’t “hang in there kid” or “I’m only a phone call away,” but rather – “Take good care of the Elite … it’s been a good car.” Not only did he mean it, he’d never been more right: that car was indestructible.

“Sounds like my old Toyota truck,” he said. “That’s the one I had the longest.”

Somewhat perplexed, I intentionally skipped over indulging in any ruminations about my 1991 white Ford Ranger – the one I took out west, drove down into Death Valley, and in the process racked up over 180,000 miles before selling it in near mint condition for a more family friendly sedan –-

Instead opted to bring the conversation in full circle back to Florida and Ford:

“I was just on a tour at the Edison and Ford Winter Estates down the road in downtown Ft Myers.” I said.

He shook his head with a sheepish look. “You know, I’ve never been there.”