A month has passed since the early May 11th inauguration of the wet season: 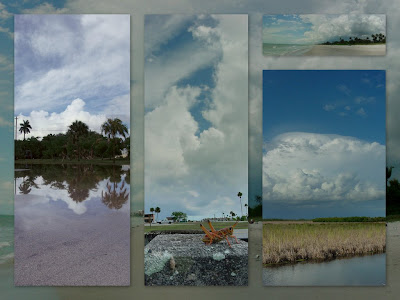 The giant puddle was photographed in Ft Lauderdale.

The two panoramic cloud views were photographed at Naples Beach and Fakahatchee Strand (as seen from Tamiami Trail).

And the giant grass hopper (a lubber) was photographed in Ochopee.